Warning: Behind the cut are pictures of cracked open eggs–some simply scrambled, some with development. If that bothers you, please don’t click, or find a way to hide the pictures. There is a picture of cute baby chicks at the very end of this post.

If you remember, back in June I got some hatching eggs and an incubator at the Maryland Poultry Swap. And so started my new adventure and new addiction.

The problem is, those 9 eggs I picked up at the swap were anywhere from 10 to 17 days old when I set them. If you know anything about hatching eggs, that is incredibly bad for fertility. I got an additional 15 eggs from another local breeder that were roughly 4-5 days old at setting, so while not ideal, they improved my hatching odds.

So on June 14th, I set 24 eggs. Mike couldn’t fix the motor and it wouldn’t arrive in time, so I would have to hand turn the eggs for the first 18 days. I did what I was supposed to, marking one side with an “O” and the other with “S” (for the first 9 eggs) or “X” (for the remaining 15). That way, I’d know what side to turn to, and I would be able to at least loosely track my luck with the eggs I bought. I hand-turned the eggs 2-5 times a day, depending on my memory. I kept the incubator at a steady 99.5 degrees and tried to keep the humidity in the 50%-60% range.

I’d never candled an egg before, so I was worried that I wouldn’t be able to discern anything. For all I knew, they all could be developing and I wouldn’t know how to tell the difference.

Well, if you are like me–don’t fear. You will be able to see the difference.

Day 14 just confirmed my suspicions, and I actually went down from 12 fertile eggs to 10. However, 9 were the same “X” eggs that I had picked up only a few days before. While it wasn’t ideal, 9/15 wasn’t too bad. Two of the “S”s aborted–and so I only had hopes that one would hatch. But it meant one clear thing to me: it wasn’t user error, those eggs were simply old.

Here are a few pictures from that day 14 candling, and what the eggs looked like when cracked open. Based on my inexpert analysis, most of these eggs didn’t even develop past day 1. Sadly, the last photo shows some clear development but the chick gave up development probably a few days before.

A developing egg candled on day 14.

And then the egg (egg 7) that halted in development early. This one was hard to crack open, because I had a hunch of what would be inside. But this is part of learning. I’m not sure what day this egg halted out (if you know, tell me!), but that’s what I’m going to find out, and try and figure out if it was something with the turning, with the incubator, or just with a very old egg.

I was almost there. One more week. I stopped turning on day 18, and then started to raise the humidity in the incubator. The last 24 hours are supposed to be lockdown. Don’t touch the eggs, don’t touch the incubator, leave it be. But, of course, the humidity dropped a few times in this period. I would rather risk a break in lockdown protocol than chicks dying in the shell because it was too dry. Too dry I could fix.

So on July 4th I cracked open the incubator to add more water and peeked at the eggs in the process–and saw cute little pips.

I have no pictures of the hatching or of the pipping. There is no window on my incubator, and I wasn’t about to risk the chicks’ lives because I wanted to take a picture, so my time in the incubator was under 1 minute. But let’s just say I was tickled pink, and that when I got home late Thursday night and listened to the incubator only to hear peeing through the sides…. Well, that was a great moment. I could have sat with my ear up to that incubator for hours.

I left them alone until the next morning, when I’d checked and seen most of them had hatched. I didn’t count, just saw enough to see they weren’t fully dry. I locked them up again and at noon I had 9 baby chicks. Of course, I’d set them in the highest tray and yet those chicks hopped over the 2-inch sides (they start early, don’t they?). They popped over the sides and fell over 16 inches down into the bottom of the incubator, where I found them peeping and stumbling along, but no worse for the wear.

But I only had 9 chicks out of 10 eggs. I left the incubator on and kept pouring more water in the tray for about two more days. But when I was struggling to keep the humidity over 20% without even a pip in the egg, I knew. One chick simply didn’t make it.

That chick was the hardest to check. It was heavy and when candling it was blacked out. I knew there was a chick inside and yet I had to check. If incubating and raising chicks is something I want to do, then investigating and (later) culling is going to have to be part of it. So I put on my big-girl pants and opened up the shell.

I’m not sure what happened, honestly. I’m still new, but the chick hadn’t even attempted to break out. She either needed a few more days or for some reason just didn’t have the strength to ever come out–her beak is still tilted in, and she didn’t attempt to reach the air cell. I think she died in the shell before the other chicks were even hatching. Maybe she’s the casualty in my break of lockdown protocol, maybe it would have happened anyway. Maybe I should have given it a stronger go, a few days longer.

But aside from that, I still have week-old healthy chicks. Nine chicks that hatched out of 24 eggs (or 1/9 and 8/15), and they are all extremely healthy. One chick was treated twice for splayed leg with band-aids, but I can’t pick the chick out at all. And despite the way their brooder pictures below look, I’ve been keeping them clean, they’re just not big fans of clean. I think this weekend I’m switching off paper towels and over to straight bedding. The paper towels were for the first week to discourage them from eating the dust in the shavings.

3 thoughts on “Incubating Eggs – Round 1” 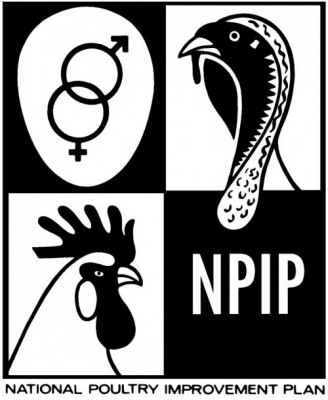